Mr. Gertsburg has been a practicing attorney for over twenty years. His early career was spent with two large regional business law firms, where he represented private and publicly- traded companies and non-profit organizations of all sizes, as well as their owners. In civil bench and jury trials and before arbitration panels across the country, he litigated the entire spectrum of business disputes: commercial and contract, real estate, shareholder and partnership, broker-dealer, employment, unfair competition, and many others. 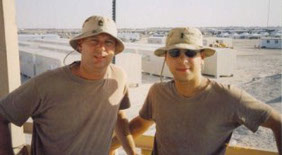 In 2003, Mr. Gertsburg proudly served in Iraq with the 762d Army Transportation Company. He deployed with his unit for a year, serving as a platoon leader and convoy commander before demobilizing from active duty in 2004 and returning to the practice of law. By that time, Mr. Gertsburg had trained and served in reserve and active-duty roles with the Army for ten years.

In 2006, Mr. Gertsburg became the first General Counsel for Broadvox, a large VoIP and telecommunications company. For the next ten years, Mr. Gertsburg served as its GC and Corporate Secretary, as well as an EVP and head of its human resources department. He led the company’s legal department through numerous and varied legal matters, including corporate restructurings; real estate and M&A transactions; negotiations and transactions involving commercial, lender and investor parties; employment matters and creditors’ rights, among others; and he spearheaded the company’s litigation strategy, personally litigating most of its cases himself. Most importantly, while at Broadvox, Mr. Gertsburg developed an acute appreciation for what matters most to businesses: practical and cost-effective results. That same sense of priority and pragmatism now dominates his firm’s governing philosophy.

In a survey of his peers, judges and opposing counsel, Mr. Gertsburg has been selected to SuperLawyers each year since 2016 and as “AV Preeminent” by Martindale-Hubbell each year since 2012. In addition to his current role as an Executive Board Member for COSE – Council of Smaller Enterprises, Mr. Gertsburg has served on numerous other boards and committees, including chair of the Cleveland Metropolitan Bar Association’s Legal Innovator Committee, board member of the Board of Directors of Transitional Housing (now called Front Steps), and the VON Coalition.

Mr. Gertsburg is admitted to practice in the following courts:

The State of Business with the Ohio Society of CPAs: In this episode, Alex explains how accounting professionals can do their best to avoid being sued.

Dirty Secrets of Small Business: This radio show is dedicated to achieving success for those starting a small business or those who already have one. Alex discussed his professional journey and perspective gained from inside big law firms and as general counsel, why CoverMySix and a military approach to protecting your business, and more.

Sliced – Episode 35: How to “Lawyer-Proof” Your Business: In this interview, Alex explains how being proactive can keep your business out of the courtroom, and offers some examples of low-hanging fruit in this program by Apple Growth Partners.

Multiplier Mindset® with Dan Sullivan: In the episode titled “How This Lawyer Gained The Confidence To Turn His Competitors Into Loyal Clients with Alex Gertsburg”, Alex shares how a breakthrough shift in thinking and confidence in his business gave him the courage to defy his industry’s norm.

Soar to Success Podcast: Alex shares his story and looks at the genesis and processes behind his “CoverMySix” service.

Accelerate Your Business Growth helps small business owners, salespeople, and aspiring entrepreneurs with the various aspects of business success. On this episode, Alex explains how business can “Stay Out of Court”.

Growing Rapidly Through Innovative Business Practices — In this podcast, Alex was interviewed by Law Firm Excellence.

Minding Your Business on WJCU 88.7FM – Alex answers questions about Salary Transparency with DB and her guests [16:30]. What can, and can’t, be shared when it comes to how much you make in the workplace.

3(ish) Minutes: New Trends in Law Firm Billing: The Gertsburg Law Firm is the first all value-billing business law firm in Northeast Ohio.  This means we bill for our work product and our results, not the amount of time we spend on it. Alex sat down with Steve Millard of COSE to explain innovative new billing strategies that law firms and their clients are using. Watch this short video to learn about ways to save money on your legal expenses.

Best.Podcast.Ever. Episode 26 – Go Ask Alex: How well do you know your friendly local business lawyer, Alex Gertsburg? Molly deconstructs her BPE co-host, a young immigrant to America, who joined the army, went to Iraq, and started his own law firm. We learn who has most influenced him and how a Spelling Bee continues to haunt him today.

Soar to Success Magazine, “Alex Gertsburg Wants to ‘Cover Your Six’ and Prevent Legal Landmines in Your Business”, August 2019

Neighbors Magazine, “From Moldova to the American Dream”, May 2019

Cleveland Metropolitan Bar Journal, “Alex Gertsburg’s 15 Rules for Building the Firm He Wanted to Work for and the One He Wanted to Hire”, June 2018

Associate of Corporate Counsel (ACC) Docket, “How to Save a Ton of Money in Legal Fees”

“Protecting the Value of Your Business”, Skoda Minotti Owners’ Roundtable, September 2019: This full-day, interactive workshop designed for business owners who want to maximize the value of their businesses and exit on their terms explores the 5 Stages of Value Maturity, with Alex Gertsburg giving a talk on protecting the value of your business.

“How to Stay out of Court”: In this seminar Alex passes along proven strategies for saving companies boat-loads of money both inside and outside the courts.

“Leadership in the Face of Change”, Cleveland Metropolitan Bar Association, March 2019: Alex was invited to join a panel discussion for Emerging and Established Leaders of the CMBA Leadership Academy

“Bulletproofing Your Contracts”, BizConCle, October 2016:  Alex sheds light on the key elements of business contracts – from understanding thresholds to the various types of contracts a business may enter into.

“What to Do When it Hits the Fan” with Bruce Hennes of Hennes Communications, August 2016:  Alex and Bruce discuss how to protect and defend your business both inside and outside the courtroom when facing a crisis. 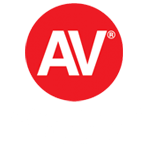